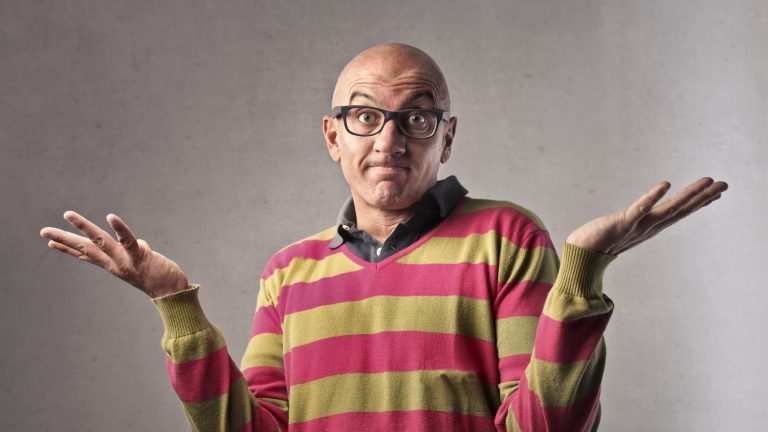 In this article, I’ll show you 11 things we should never do in life. So, what are you waiting for? Let’s dive in.

There are lessons to learn everywhere, and the world is full of knowledge we need to understand. We just need to keep learning. What toxic habits destroy success here.

Do not stop learning is the best advice that I have ever known. This advice is still valid in today’s world, where technology makes it easy to learn and gain skills from anywhere, anytime, and anyone.

Since I was very young, I have wanted to be a computer programmer. I fell in love with the idea of creating websites and apps of my own. When I first started to learn how to code, it was at the age of 19. I didn’t know anything about computers, but I knew that this was something that I was going to pursue.

The journey was not easy but remaining persistent and eager to learn made all the difference in my journey. And now, at 27, I have learned many things that have shaped me into who I am today. Learning motivates me to do better each day and explore new things I love doing.

Most people think it’s too late for them to learn new things or change their lives because they are older.

2. Never Give Others a Higher Priority Than Yourself

You should not give others a higher priority than yourself. We all know that some people are not of the same value as we are. Some are useless, and they can only bring us trouble and losses. We shouldn’t waste our time on them. There are so many essential things to do, many businesses to be taken care of, and so much love to share with your loved ones.

We should not waste a minute on people who are not worth spending our precious time on. Don’t let your time go to waste on someone who doesn’t give a shit about you.

3. Never Take Anyone for Granted

We’ve all been there; you’re in a relationship and feel like your significant other is the only one in it. The fact that they are willing to be with you makes you want to be with them even more. But what happens when they’re just not as into you one day? You may have done everything right, but if we’re being honest here, it doesn’t matter.

Relationships are hard work; some people are afraid of settling down or aren’t ready for the commitment, and without giving it a little time and effort, you can’t fault them for that.

The thing about staying in a relationship is that we usually have to deal with some sort of in-law interference or a friend constantly trying to set us up with anyone and everyone.

While a little bit of nudging from family and friends is fine, there’s a difference between being supportive and annoying. We all should have at least 3 relationships before finding “the one.” This way, we can learn what works and doesn’t work so we don’t repeat the same mistakes.

4. Never Judge Someone Unless You Walk Into Their Shoes

Why should we not judge anyone? For example, I have had the impression that someone is the wrong person, but after a while, I found out that it was not.

I think that people need to be given an opportunity. Everyone has the right to do something in life. Everyone has strengths and weaknesses, but why should one not judge anyone? Sometimes it is said that someone is bad, but after a while, you find out that it was not.

The same applies to me because I have friends who seem to be bad people, but after knowing them better, I discovered they were good people. There are many different kinds of people in the world. We will never know everyone’s story.

Never give up on life. No matter what you want to achieve in life, just keep trying until you get it.

There’s a girl in China named Zhang Yuan who was born with a disability — both her legs are crooked and deformed. Others often mocked her because of her different appearance. But that didn’t stop her from chasing her dream.

Today she is a famous Chinese actress and director. She was nominated for the Golden Horse Award, the Oscar award for Chinese-language film.

In the English version of her movie, there are these lines: “She had dreamt of the day she would walk down the red carpet, yet she had been waiting so long that she no longer believed it could happen.”

On March 22 this year, Zhang walked the red carpet at the premiere of her movie. She did it! After years of learning to walk again and enduring setbacks, Zhang didn’t give up on her dreams, and she finally achieved them.

6. Never Waste Your Time With Friends Who Treat You Like Crap and Make You Feel Worthless

You have a great life, and you are surrounded by amazing people. Friends who support your goals and dreams, encourage you and accept you for who you are.

There is nothing worse than crying on a wasted night with friends who make you feel like you’re an idiot, and they’re so much better because they’re stuck in the same place they always were.

It’s simple; you shouldn’t waste your time with people who make you feel like crap because being with them will inevitably end with feelings of being worthless. I’m not saying there’s no hope, but you must be careful because people will try to pull you down and drag you through the mud until you’re bleeding out. It won’t be long until they have walked out on you or taken your life.

Some friends treat you terribly, but you don’t want to lose them because they are family, work, or school friends.

7. Never Try to Fake Your Love for People

The comedian Louis C.K. once said, “I like talking to black people, but I can’t pretend that I like their music.” While he was joking, this idea can be applied to anyone uncomfortable enough with their self-image, or attitude towards a particular group of people, that they must act on it to feel comfortable.

Faking your love isn’t solely a byproduct of ego, either. Sometimes it’s out of self-preservation. For example, if you are a white person who wants to date black women but only 0.4% of them will date you back, you might consider faking it until you make it a survival method.

In these instances, we need to ask ourselves: at what cost is the growth of our self-image? At what price is the development of our character? At what cost is our potential happiness? If you ultimately lose your identity to gain something more significant, then perhaps that trade isn’t worth it.

So why should you never try to fake your love for people? Cause, like the name, says, Fake only exists because of reality. So if there is no real, then there is no fake. And when you show someone you like, be her/him like you genuinely want them. Support them as they walk through life.

Love them as they are and not as they can be. Because faking in life is rude, and it always kills the beauty of growth.

8. Never Forget the People and Friends Who Helped You During Rough Times.

Many of us strive to be the best we can be, but at some point in our lives, we will experience a setback — only to realise that sometimes, we need help to get back to our best.

Black folks work hard and sometimes wonder if they will ever really get ahead.

But it’s different when you look at what folks are trying to do in this country. From owning their businesses to breaking down barriers by educating the youth and getting them involved with the resources they need, folks are doing it — while still maintaining the rank of number one most innovative race in the world, according to other news outlets.

But a group of people have been instrumental in getting us here.

It’s easy for us to forget about the friends who have helped us get where we are today — and even easier for them to move on with life — as many other people need the resources they have or other opportunities available.

9. Never Depend on Other People; Get Your Work Done by Yourself

Don’t depend on people to get your work done! We often think we can rely on others to get our work done. And, you know, that’s kind of funny because. You have to depend on yourself because other people see things in their way and don’t talk about it with you.

Sometimes, you know, you can be doing something for somebody else, but they’re not doing anything for you – so really, it’s not a relationship – it’s just like a business.

10. Never Treat Some People Differently Than Others. (Because of Their Race, Gender, or Religion)

This applies to everyone, including yourself.

So if you’re one of the non-believers, try this on: treating people differently because of their race, gender, or religion is treating them differently for things that have nothing to do with them as a person.

It’s simple: treat everyone the same—unless they’re doing something harmful.

11. Don’t Abandon Someone Suddenly After Giving Them Attention

You know that when you get a text from someone, and they disappear, it kills you, right? You’re like, ‘Where is this person?’ It’s the same thing.

People are looking for your attention and responding to what you’re saying, and if you leave them too quickly without any sort of follow-up or indication that you even care, it hurts.

You know the feeling when you’re chatting with someone, and suddenly they stop replying? You can feel the person slowly slip out of your life. 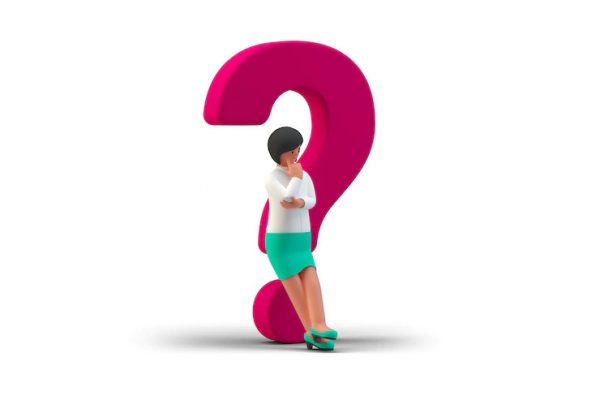 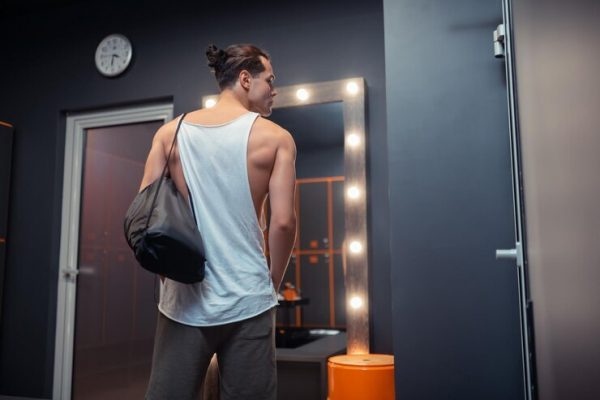 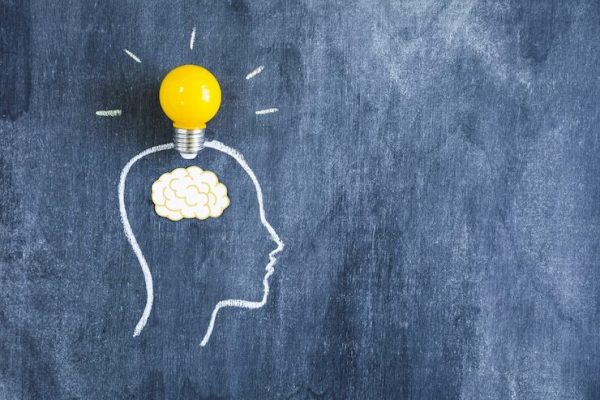