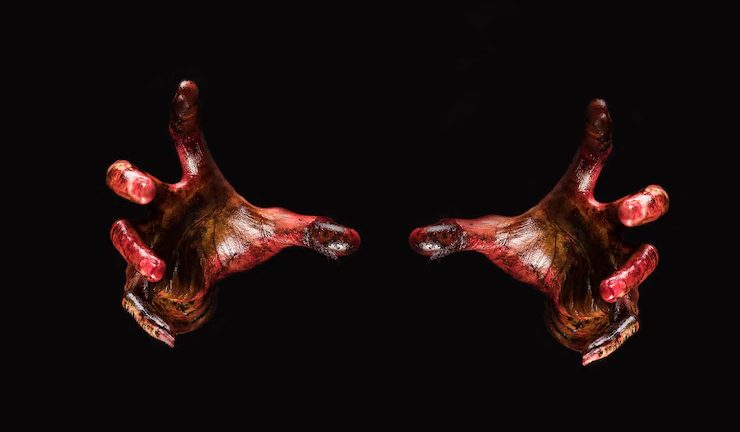 “Success is not a straight line, it’s messy and complex, but don’t let toxic habits destroy your success.”

We’re all born in an innocence of our own needs and wants. The goal of life is to avoid the things that can destroy us, and to surround ourselves with the people and things that will support our growth.

Sometimes we all get stuck in a rut and lose our way. Why? Because we’re human. We make mistakes. We get lazy. Or we get comfortable and start believing the lie that self-destruction is actually self-preservation.

We have all been programmed to think, act and feel a certain way and have been led to believe those behaviors are normal and acceptable. The real goal of life is to be the best version of you that you can be, honoring acceptance, patience, compassion and love for yourself and others.

Through this, we elevate ourselves out of the toxicity that can cause depression and anxiety, which leads to sloppy thinking, bad decisions and negative lifestyle choices.

This isn’t about a quick fix or fad diet, but more about a lifestyle change in your daily practices, thoughts and actions. It’s about leaning into self-care—a practice that brings tremendous benefits for improved life,  physical health, mental clarity, and overall personal fulfillment.

The most important thing you can do for yourself is to give yourself space to decide what you want out of life.

In this article, I will tell you 13 toxic habits that destroy success. So, let’s dive in:

The most amazing thing about success is that it’s not just a one-time event. In fact, success manifests itself in your life the moment you choose to take action toward a goal you’re deeply passionate about.

Think about it. Fear stops you from trying and not trying at the same time. It stops you from going after opportunities and failing easily too. Fear makes you miserable. And it makes you angry with yourself as well. It’s time to be brave with your health, business and life.

Ditch the toxic habits that have been holding you back and make the year the healthiest year ever .

The first step toward curing a toxic habit is admitting you have one.Overwhelmed with guilt, overwhelmed with pain. You think that by getting your act together, you’ll be happy.

Life is not about the end goal; it’s about the process of getting there. And the more you enjoy the process, the quicker you get to where you want to go.

It’s one of those things that we all do, and when you look at successful people and organizations, they are invariably consistent.

In fact, the only way to consistently achieve anything of quality is to be consistent. But consistency also means doing the unglamorous and mundane along the way, not just the flashy and fun.

It’s toxic to believe that you can skip the boring parts and still succeed. Well, you can’t. At least not for very long, because you won’t be able to do it with any sort of consistency.

Good habits work like compound interest. They give you results that seem small at first but have enormous impact over time.

Tyra Banks is a good example of this concept. She never intended to be a businesswoman, model or actress, she just wanted to be thin. She tried everything from diet pills to fad diets to try and lose weight. Nothing worked.

Brutal self-honesty led her to realize that the real issue wasn’t her weight, it was her habits. When she started applying the principles of consistency and discipline that made her a winner on the catwalk to eating right and working out.

Walk into any office and you are likely to see a couple of people glued to their smartphones, people wearing headphones at work or daydreaming about something else. Their focus is clearly not on their work and yet they keep coming back for more.

These employees might be engaged in what they are doing but this is not enough. Your employees need to be disciplined in their work ethic in order to be productive.

This lack of discipline is the sort of thing that should be left behind in high school but it’s actually everywhere, so much so that you might find that it’s not just your employees who are slacking off at work but also your organization itself.

Poorly developed habits can lead to all sorts of problems, as discipline is a habit hard to form but easy to lose. There are individuals who never developed good work habits and then there are those who always dreamed of developing discipline but never made it a reality.

It’s never too late, however, as you can start building discipline at any time. The problem with this whole situation, however, is that discipline often takes time and dedication to build.

The problem is that whenever people procrastinate, they believe they deserve a reward once they actually do whatever it was they were supposed to do.

Every time that happens the reward becomes an even bigger hurdle between you and your goals and your dreams; therefore, the procrastination never goes away.

The next time you are about to start doing something important, force yourself to do something else for just five minutes.

That five minutes will give you a chance to show yourself that you are capable of doing what you are supposed to do and will make you more effective when you start.

Research shows that, on average, people are wasting over 34 hours per week procrastinating, and 87% of them are doing it on purpose!

In general, people are frustrated with their lack of motivation to do what they really want to do. Their procrastination habits are hurting them professionally and personally.

Most people have a habit, or maybe more than 1 habit that hurts their progress. These habits stop you from taking action and getting results that would otherwise be possible.

How Does Lack of Confidence Kill Your success? When you lack confidence, you look for reasons why you shouldn’t continue doing something, instead of finding encouragement and support for your goals. It’s a toxic habit that holds people back from fulfilling their dreams and reaching their potential.

Mental conditioning is the most effective tool for success and I’ve been working on it more addicting than any drug you can think about in your life.

And the bad news is that you have probably developed several habits that are preventing you from being successful.

Success is not a destination to be exact. It’s a journey we all start at different times but the journey of success continues until we leave this earth one way or another with that said successful people develop good habits and they also understand the importance of eliminating bad habits.

One of the main reasons that most leaders fail at being great leaders is because they have never been taught the importance of planning and organizing.

To be an effective leader, you must learn how to plan and organize your time and activities strategically. Many people think that they can just do whatever comes naturally, but this is a big mistake.

Planning and organizing are skills that can be learned and practiced. Looking back over your career, you will find that those who have ended up as the best leaders were always the ones who were willing to put in the hard work to learn how to do these things.

Poor leadership skills and poor communication skills are two of the most toxic habits that can destroy your success. These habits can make you unfit to be a leader.

I think we all deal with jealousy in some form or another. It can be a friend who has taken over your group of friends or a co-worker who snatches every opportunity thrown your way.

I remember when I first started my online business, I struggled with jealousy as well. I did not like how easily certain tasks were to come to me and how hard it was for others to complete.

The toxic habit of jealousy can slowly destroy your success. Toxic effects it has on your life and how to stop it from getting the best of you.

Covetousness is a trait that is most often hidden deep inside of us. It is a sin that robs us of peace, fulfillment and joy.

Most of us covet something, whether it’s a shiny new pair of shoes, a more expensive handbag, or a fancier car. Most of us covet certain things at least once in a while.

The problem with this mentality is that it fuels our toxic habits; turning us into hoarders and wrecking our success.

As entrepreneurs, we must practice gratitude, not covetousness. Instead of hoarding what little we have, we must count our blessings and celebrate our successes.

Do you want to live a life of passion, fulfillment and achievement? Of course, you want to. But that’s not going to happen until you change some of your faulty habits because the reality is, you’re preventing yourself from achieving those things.

So what are some toxic habits that are negatively affecting your success in life? The following are common traits found in toxic people:

Get defensive — when criticized or attacked, they may get defensive and sometimes lash out.

Make excuses — people who make excuses do so as a means of avoiding responsibility. They might blame others for their actions or circumstances, or insist there’s nothing they can do to solve the problem.

Most of us are honest people. We pay our taxes, and we keep our promises. We want to be perceived as doing the right thing.

But dishonesty can sabotage your dream of achieving success through your business.

The problem with this type of dishonesty is that it will eventually be exposed – and often, the damage done is irreparable. 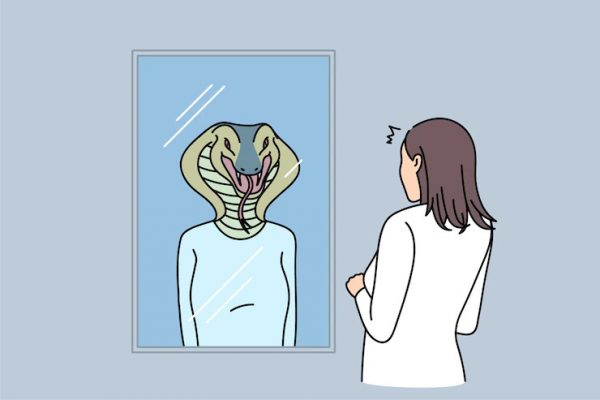 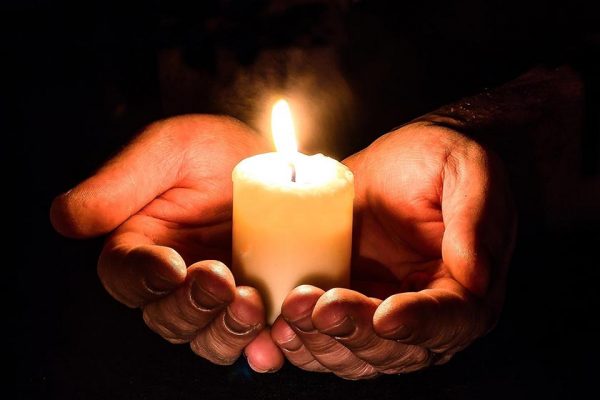 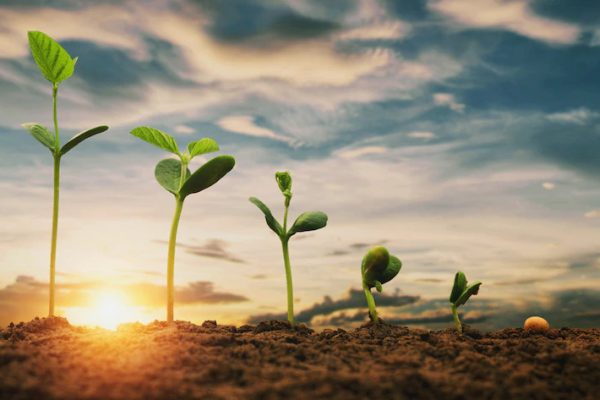 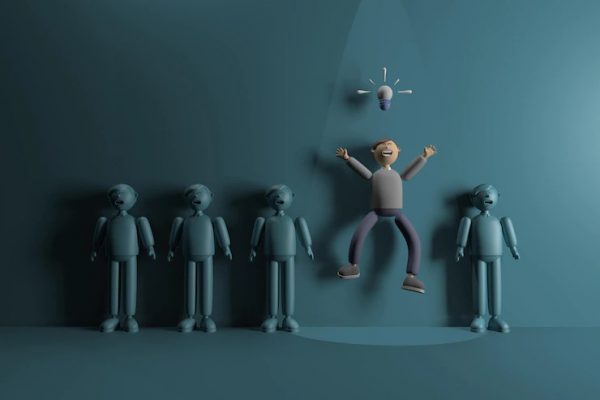